Enthusiasm – You must be able to create your own momentum. 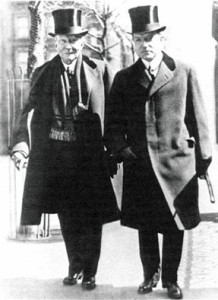 “I would rather hire a man with enthusiasm, than a man who knows everything. – John D Rockefeller (Oil Tycoon – The World’s best manager and richest man during his time)

The word enthusiasm comes from the Greek word, “Theos.” Now, I am not a Greek scholar, however I did find it interesting when I discovered that the Greek word “Theos” means “God within.” Basically, enthusiasm means to talk with the energy and passion of God. Although that might be a little hard to do (and you probably don’t have a long enough beard to pass as a deity), we can all certainly bring enthusiasm to everything we do. Enthusiasm is the magic spark that starts a fire within an organization. We have all heard a basketball or sports announcer say, “He’s on fire!” when referring to an athlete that is “in the zone” and simply cannot be stopped at that given time. I believe bringing enthusiasm to the workplace, puts you “in the zone” at the workplace. Personally I have no place for managers in my business that cannot motivate themselves and others with enthusiasm. Fair or not, the American consumer also has no room in their budget to buy products and services from passionless companies.

Today it might be hard to see it, but the almighty Wal-Mart we know today started out as one man’s dream to lower the cost of goods and the overall cost of living for every American. When Sam Walton had those thoughts, he did not wish they would come into fruition. He spoke his mountains with conviction and enthusiasm. He made them move. Sam started his first retail store and then promptly lost it all because his landlord would not renew his lease. One poorly written agreement later, he was out of business. But Sam did not quit. He enthusiastically got back up and fought for what he wanted.

When P. Diddy, Puff Daddy, Sean Combs (that guy) started out interning for a record label while attending Howard University, he did not just show up. The man became legendary for the enthusiasm he brought the table everyday as an intern and promoter. P. Diddy breathed life and spoke confidence into the lives of Mary J. Blige, Christopher Wallace (Notorious B.I.G.), Mase, Carl Thomas, 112, Jodeci and the countless acts he developed. If Mr. Combs worked without a passion and without the “eye of the tiger” he would not be the huge success he is today.

When Howard Schultz got the crazy idea to open up a Starbucks on nearly every major street corner he did not simply show up on time. He brought passion and energy to work everyday. He spoke with enthusiasm as though he had the conviction of God within him. Howard didn’t listen to doubters who thought $4.00 cups of coffee would never work. He made it work. He won over American with his passion. As Winston Churchill once said, “Success in life consists of going from one mistake to the next without losing your enthusiasm.”